by Jacob Clifton
Prev NEXT
1 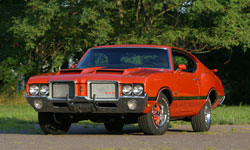 The Oldsmobile 442, such as this 1971 model, is a favorite among the muscle crowd.
Photo courtesy of CarGurus.com

The 442 configuration -- which stands for a 4-barrel carb, 4-speed gearbox and dual-exhaust -- was an options package for the Cutlass until 1968, when the 442 debuted as a model of its own. The most favored muscle option was the L69, available only in 1971, which carried a hotter cam and gave the car 360 horses through its tri-power arrangement of three double-bbl carbs. Hitting the quarter-mile at 14.8 seconds, the car's improved springs were known to aid in handling.

This hardtop is unavailable today in 1970's "W-30" format, a 365-horsepower engine with a six-pack ("tri-power") motor incorporating an air-induction system piped through from the front bumper. There were only 54 factory-released W-30s, although another 97 were dealer-installed. For most of us -- with $85,000 to spare, of course -- it's most worth looking for the popular L-69.

To learn more about classic cars, check out the links below. 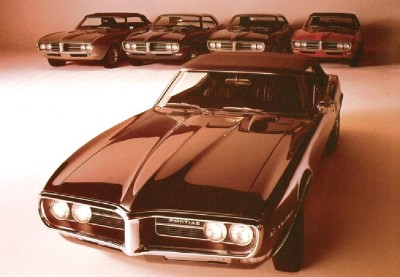