by the Editors of Publications International, Ltd.

Birth of the Pontiac Firebird Trans Am 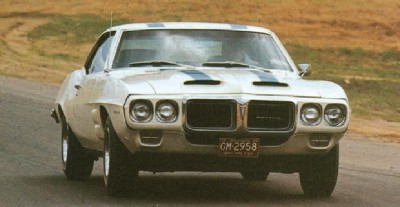 The 1969 Pontiac Firebird Trans Am was little more than an optional appearance package for the 1969 Firebird 400 models.
©2007 Publications International, Ltd.

IN 1968 and 1969, Pontiac engineers were busy with a project to get the Firebird Sports Car Club of America (SCCA) ready, which led to the development of the Pontiac Firebird Trans Am. Known as PFST ("Pontiac Firebird Sprint Turismo"), the racing prototype was developed largely by chassis whiz Herb Adams.

Collins wanted their creation to handle like a race car, but without neglecting straight-line performance. Styling would be inspired by the coming-for-1969 GTO "Judge."

Favorable press reports of the 400-cid prototype encouraged the Pontiac gang to proceed with what would become the immortal Trans Am. Neither patterned after a race car or created for racing homologation, Trans Am was instead an outgrowth of the program-from the same group-that came up with the Judge.

Destined for legendary status, the first Trans Am wasn't a model at all, but an option package for the Firebird 400. It debuted after the Judge, early in 1969, at the Chicago Auto Show.

Known officially as the Trans Am Convenience and Performance package (code WS4), it arrived with little fanfare or advertising -- and no sales literature, apart from a little sheet tucked into dealer albums.

Though it sounds blasphemous today, other names had been considered. The car might have been called Sebring, but Plymouth had reserved that moniker for a sporty intermediate that would be introduced for 1971. Formula was also suggested, though Pontiac had other ideas for that name.

Trans Am won the toss, even though GM had to pay a royalty of $5 per car to the SCCA for use of the Trans Am designation. This amounted to pocket change for 1969, when a mere 697 Trans Ams went to customers; but few envisioned how popular the ultra-performance model would become in the next Firebird generation.

Enthusiasts approved heartily. Who cared that the Trans Am had been created "by committee" and was essentially a cosmetic option (most of the performance goodies could be ordered on a regular Firebird 400).

Hot Rod magazine called the Trans Am surprisingly civilized in "slow driving, hot weather, or tight spaces," adding that its "suspension will hang on a lot longer than most drivers will."

Trans Am "was the car that started a cult," declared author Martyn Schorr some years later. Still, the brief first-generation Firebird's day in the sun was nearly over. Like its Chevrolet cousin, Pontiac had some fresh ideas in mind for the 1970s, not yet aware that the era of the muscle car would soon draw to a virtual close.

To continue learning about Pontiac Firebird muscle cars, explore the links below for photos and in-depth information on various Firebird models throughout the decade.