It's not stretch to say Oldsmobile muscle cars trace their lineage back to the original muscle car, the 1949 Olds Rocket 88. This was the first volume-production American automobile built according to the formula that came to define a muscle car: the biggest available V-8 in a midsize model body.

By the time the golden age of muscle rolled around in the '60s, Olds performance was defined by an alphabet soup of numbers and letters: 4-4-2, W-30, W-31, 455. It was a supercar secret language for some of the best muscle cars ever built.

Oldsmobile's midsize model formed the basis of the division's muscle effort. It came in basic F-85 trim and slightly fancier Cutlass dress, and the first Olds to follow the '60s muscle formula was the 1964 F-85 4-4-2. The 4-4-2 designation stood for four-barrel carburetor, four-speed manual transmission, and dual exhaust, all of which were teamed with a 310-bhp 330-cid V-8 and heavy-duty suspension.

In keeping with Oldsmobile's upscale image, most early 4-4-2s were rather low-key, tasteful-looking coupes, hardtops, and convertibles. Not much more than their simple "4-4-2" badges distinguished them externally from lesser models.

The 4-4-2 was not low-key under the hood, however. Standard horsepower was kicked up to 350 for '66, and Olds offered both the L69 tri-carb option, rated at 360 bhp, and a ram-air-type W-30 package for those who wanted even more performance.

Those "W" machines from Oldsmobile were special. Specs varied slightly from year to year, but the basic W-30 package included what Olds called "individually selected" engine components, plus a hotter cam, integrated front air scoops, a high-performance torque converter on automatic-transmission models, and assorted other go-fast parts. The combination worked to fine effect.

The other really special muscle Oldsmobile of the era was the Hurst/Olds, which debuted as a 1968 model. It was the result of collaboration between Oldsmobile and shifter- and wheel-manufacturer Hurst. While lesser 4-4-2s had the 400-cid V-8, the Hurst/Olds packed a 390-bhp 455-cid High Output V-8.

Taking its cue from the Hurst/Olds, Oldsmobile gave all 4-4-2s the 455 V-8 for 1970. Motorheads of course realized that it was torque that moved the mountain, and the codes for torque were 4-4-2 and 455. With solid build quality and dressy interiors, these were among muscle's suavest cars.

For buyers who wanted the fast-Olds image but couldn't quite swing the monthly payments or insurance bills of a 4-4-2, Olds offered the 325-bhp 350-cid W-31 Cutlass/F-85 and Rallye 350 models.

As the high-performance market crumbled after 1970, Olds made one final assault with the 1971 W-30 4-4-2 with a 455 that still cranked out 460 lb ft of torque. Both the W-30 and 4-4-2 designations would live on for years, but the days when they were code for some of the most stylish, sophisticated, and brawniest muscle cars passed long before Oldsmobile itself was laid to rest in 2004.

For photos, profiles, and specifications of some of the best Oldsmobile muscle cars, check out: 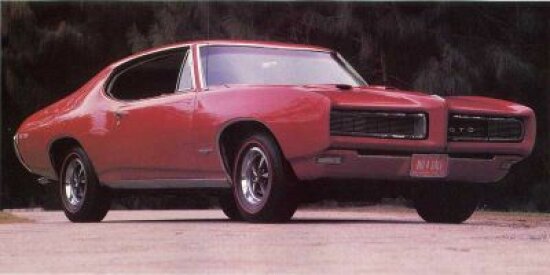